The hiding of nuts and seeds in the fall is an essential part of the a squirrel’s life.  This wide game simulates two strategies for hiding winter food

Note: I was taught this game using unshelled peanuts as markers.  That is probably not the best choice given how many allergies are associated with peanuts but whatever you substitute, it should be bio-degradable as it is likely they won’t all be found.  Dried fava beans would make a good substitute.

Once all the players have returned, the leader should explain that it is now December.  It is getting colder, but there is still some food around for the squirrel’s to eat.  They all need to go a fetch 2 markers to supplement their diet.  It doesn’t have to be the ones they hid.  But they need to go and get two markers.   The Blue Jay is also sent to find two markers.

Continue this with the following rounds…

How many of your squirrels had enough food to make it though the winter?  Was it easier for the Grey Squirrels or the Red Squirrels?  How did the Blue Jay do?  What are the advantages and disadvantage of each strategy.

This is an easy craft I learned at a training to help identify unit members on urban hikes and keep them safe.

On October 9th the UN World Food Program was recognized for it’s work with the Nobel Peace Prize.

If your unit would like to mark this, consider the Yunga/UN Ending Hunger Challenge Badge

There are five sections to the challenge:

The badges are available from the WAGGGS Shop.

— Virginia Woolf, A Room of One’s Own

I completely over looked this virtual challenge on Girl Powered Nutrition from WAGGGS on nutrition that was released last summer.  All the activities are suitable for anytime Guiding and many could be done on a virtual meeting.

Part 1 – In your country, what does a rainbow plate look like?

Part 2 – What you eat now is important for your health today and also your future.

Part 3 – It is important for girls and young women to know what information is reliable so they can make good choices about what to eat.

Part 4 – Healthy food can be tasty, cheap and easy to cook!

Part 6 – Take action and speak out!

This is the enrolment my Pathfinder unit used last year but it is easily adaptable to a socially distanced enrolment this year. It was loosely based on a movable feast. With a different “course” at each stop. We hiked though the neighbourhood around our meeting place with each stop being at a different park but it could be done on a trail hike as well.

Stop 3 – Recite the motto and discuss how they uses this in their lives.

To prepare for this game, you need to make a set of night eyes.  Take black Bristol board or foam core and cut it into pieces approximately 10 cm to 15 cm.  Cut eyes out of red reflecting tape (the type used for bicycles).  Peel off the back and stick them to the boards.  Poke a pair of holes near the top of the board and thread through a loop of string so you can hang the boards from trees or bushes.

At night, flashlights will pick up the night eyes from a distance and they will appear like a slightly scary eyes in the night.

You can use night eyes in a variety of ways.

For younger girls, if you want the eyes to be “on” all the time, you can cut eye shaped holes out of a toilet paper roll, and stick a light stick inside.

Once your game is over, be sure to collect them before they are destroyed by the dew.  My set has lasted me for years. 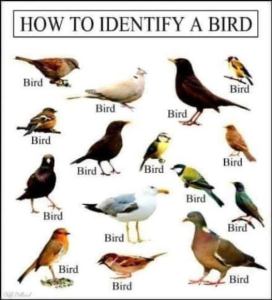 This is a listening/get to know you game that would work either in person or online.

Each player needs a piece of paper and a pencil.

If you are playing online have all the participates turn off their camera and send a private chat message to the girls who’s turn it is.

Otherwise, have the girls close their eyes and gently tap two participants on the shoulder.

The second participant says “Who’s There”

All the others write down who’s voice they just heard.

Repeat rounds until everyone has a chance to speak and then see who got the most voices right.

Each year Students Rebuild challenges young people to learn about issues and make art.  This years challenge is called Changemakers.

This is a lovely project that can scale really nicely from Sparks all the way up to Rangers.